causes, symptoms and cycle of psychosis

[[Estrogen]] has a protective effect against psychosis, which is why women tend to have a later age of onset for disorders like Schizophrenia and even bipolar or stress induced psychosis in Borderline-BPD

The Cycle of Psychosis

Experiences changes in thoughts, feelings, behavior, and perception but is not yet experiencing delusions or hallucinations. Depending on the underlying conditions, the prodrome period may not be obvious from external observation. Some people do not experience prodrome at all.

Changes in perception of self , others and the world

Feeling different from others or a vague sense that things have changed when they haven’t.

Friends and family may noticed changes in work or school, increased isolation and disinterest in activities or things they enjoyed. Similar external symptoms to depression.

Hallucinations are sensory perceptions without external stimulus (internal stimuli). Most common is auditory hallucinations, such as hearing sounds or voices. Can be visual, olfactory, tactile or gustatory.

Delusions are fixed, false beliefs that are sustained despite proof to the contrary. Common forms of delusions are:

Disorganized thinking refers to vague patterns of illogical thought. They may have a hard time expressing themself.

Additionally, disturbances of mood, behavior, sleep and activity may occur.

May initially present with physical symptoms such as tiredness, headache, or insomnia.

The person experiencing psychosis is unlikely to realize anything is wrong. 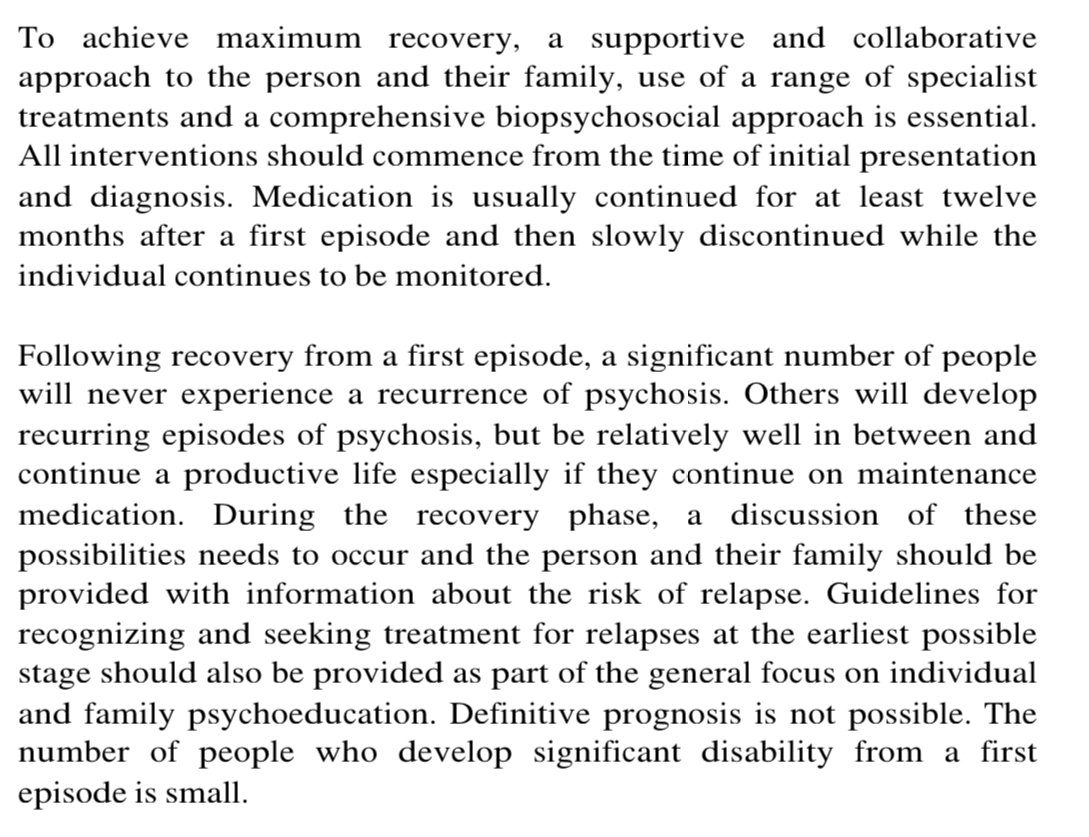 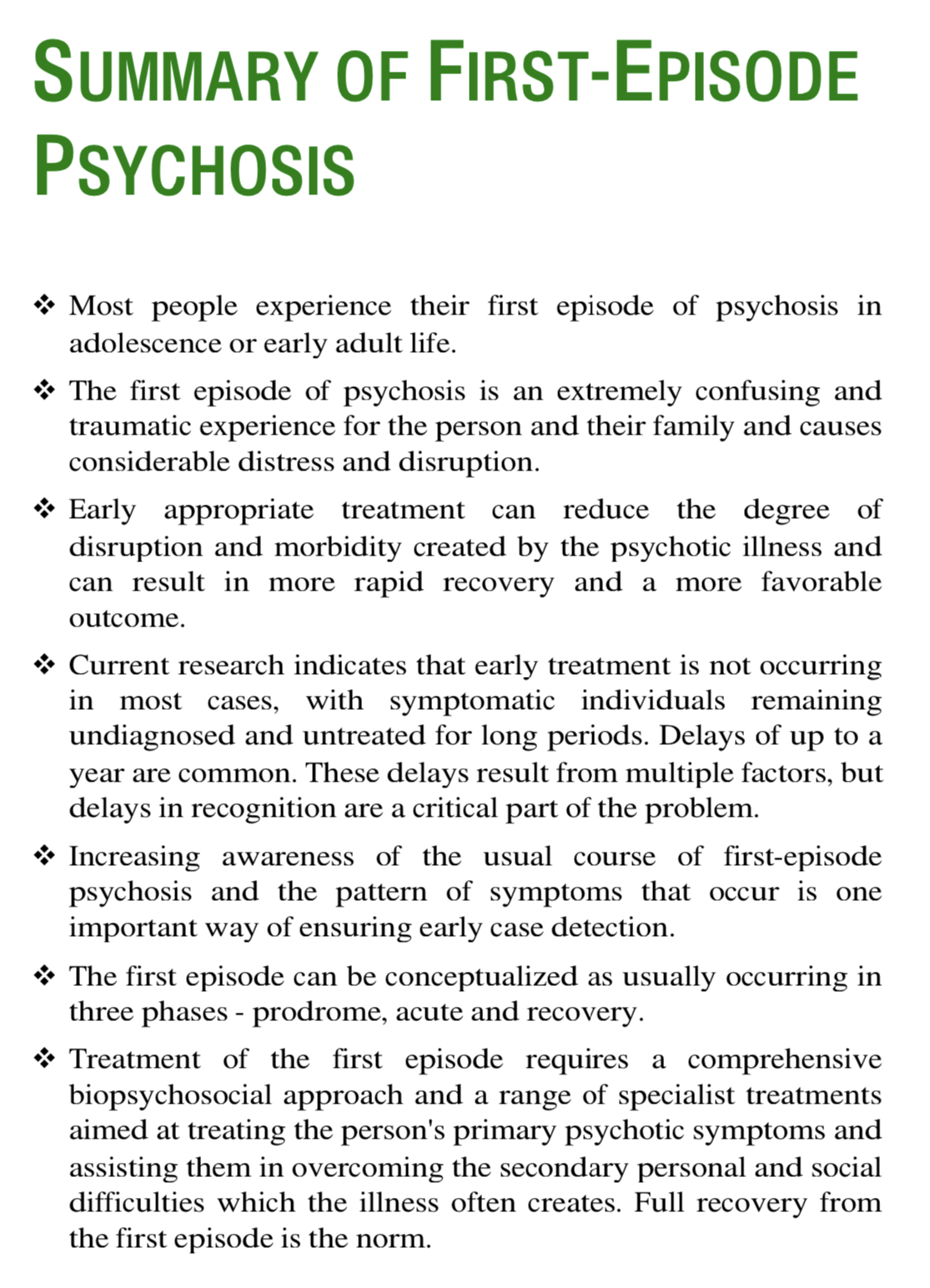